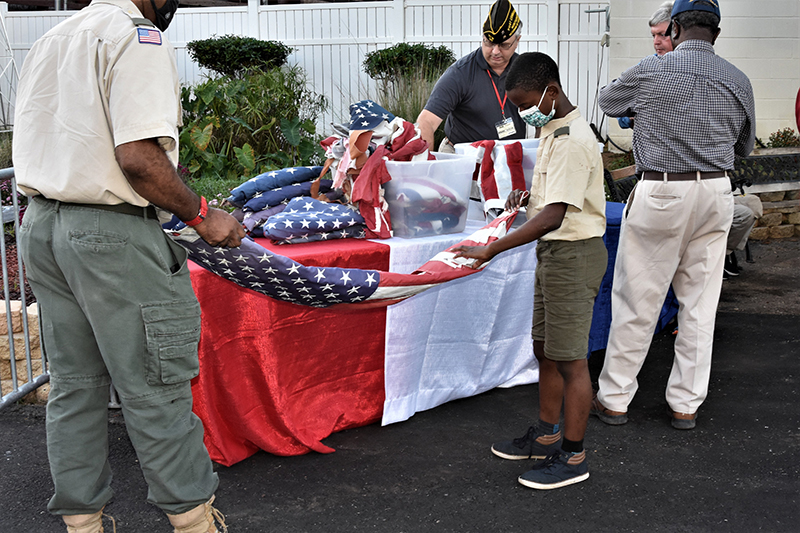 MONTGOMERY, Ala. (WSFA) – Tuesday, June 14th, is National Flag Day! The day honors the American flag and commemorates the date in 1777 when the United States approved the design for its first national flag.

Everything about the American flag represents an important feature of our country. The stripes represent the 13 colonies. The stars stand for the 50 states of the union. Even the colors have meaning. Red is for hardiness and valor, white stands for purity and innocence, and blue for vigilance, perseverance, and justice.

The Alabama National Fair has a program to ensure flags are correctly handled when they can no longer be flown. From now until the Alabama National Fair starts in the fall, the fair is collecting American flags that have reached the end of their lives. The flags will be stored until an official retirement/burning ceremony happens on the fair’s last day.

A flag disposal box is set up outside the fair office at the Garrett Coliseum.

“The flag, when it is in such condition that it is no longer a fitting emblem for display, should be destroyed in a dignified way, preferably by burning,” according to the U.S. Flag Code.

National Flag Day has been observed since 1916, when President Woodrow Wilson issued a proclamation deeming June 14th as flag day.